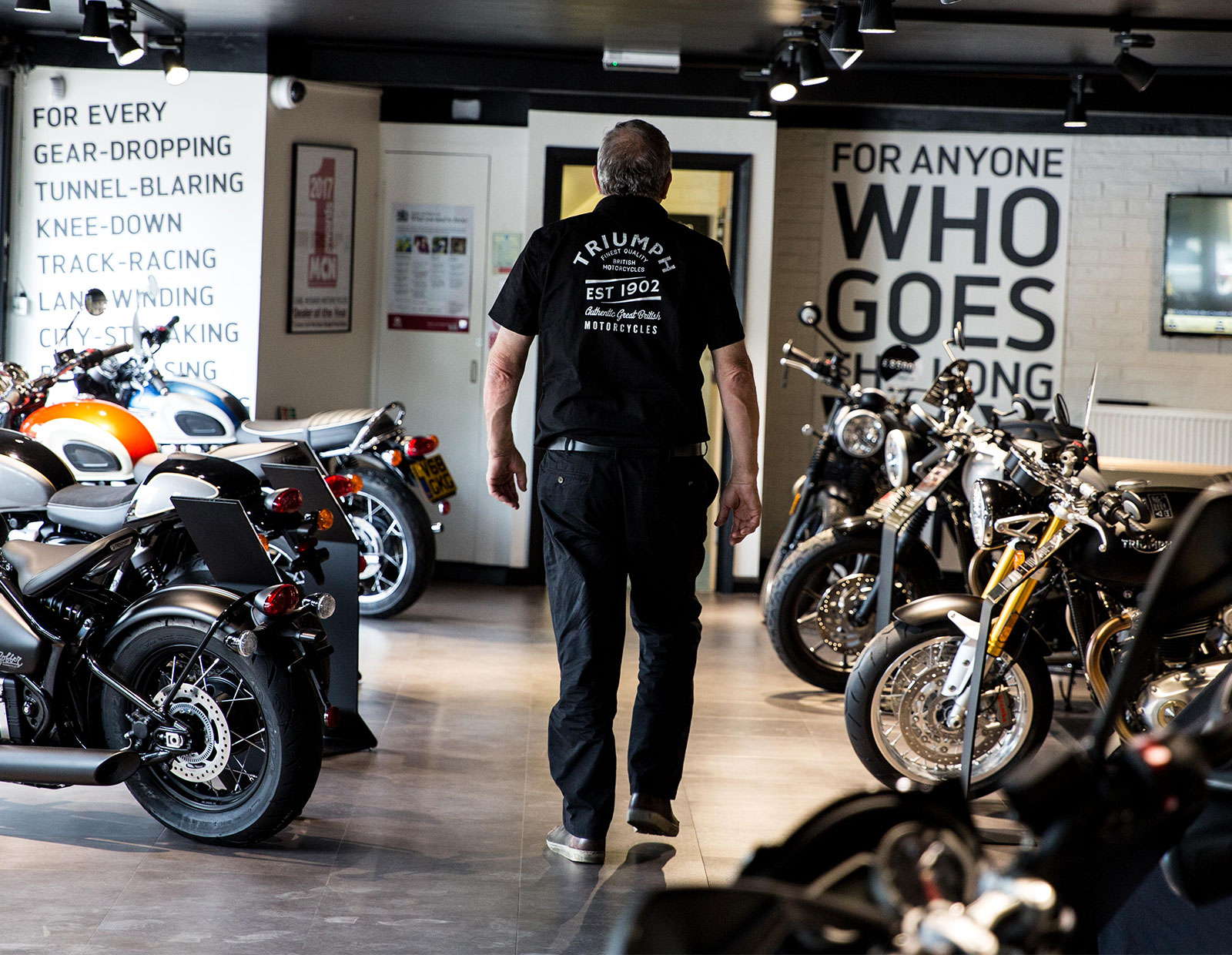 Over the years we have won various awards from Triumph for our outstanding service and sales. You can rest assured your are buying from the very best when you visit Carl Rosner Triumph.

Parts Dealer of the Year

Service Dealer of the Year for 5 years

Most Improved Sales dealer of the Year

Service Parts Dealer of the Year

We are extremely proud of our dealership, featuring the latest Triumph branding and facilities. Our dealership is conveniently located directly outside Sanderstead Station - just 15 minutes from Victoria on the East Grinstead Line. Came and visit the real deal and a warm welcome is always guaranteed! 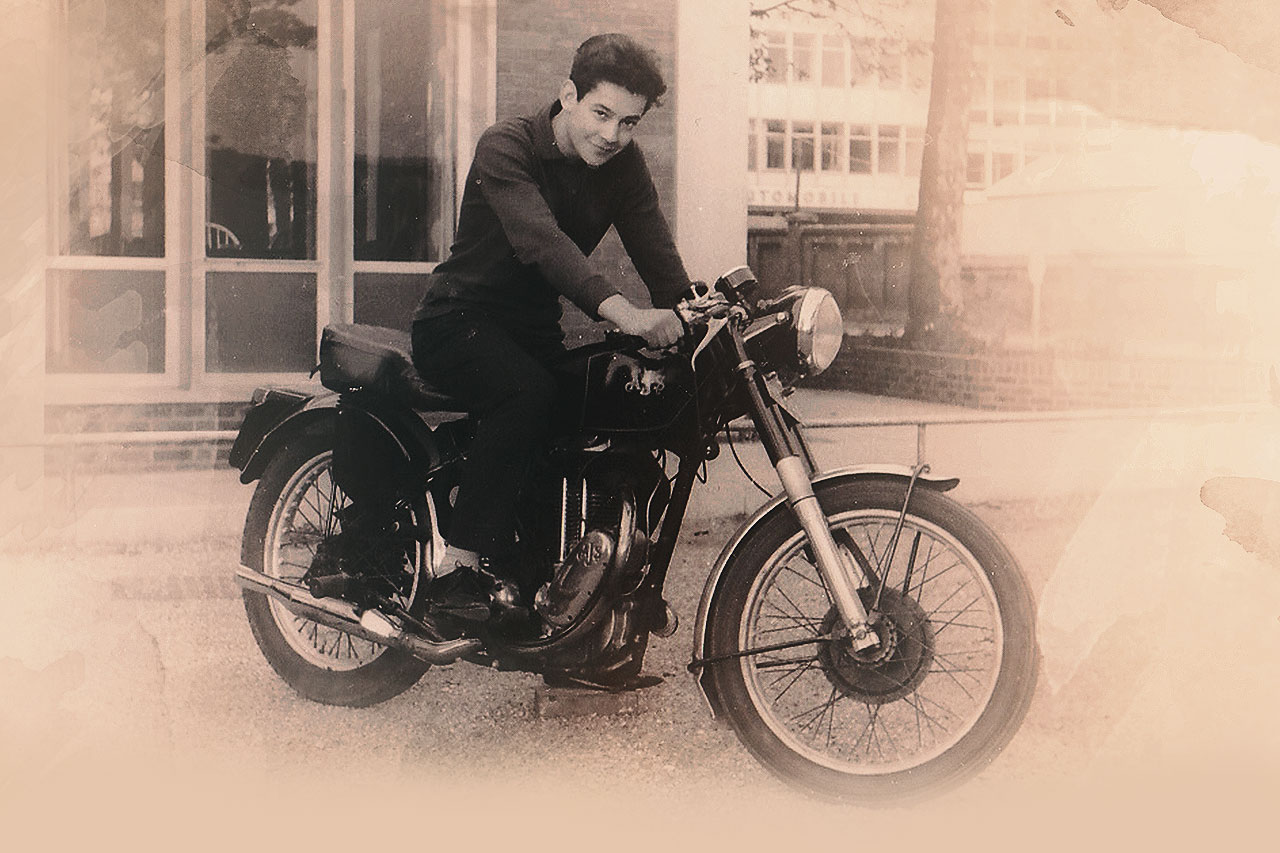 Carl Rosner’s father (also named Carl) retired and wanted to settle down in England after working most of his life abroad. They decided to form a partnership and set up a garage on the site at which Carl Rosner Motorcycles is now situated. At the time, the business sold and serviced old sports cars and some motorbikes. It was from this stage that Carl developed a growing passion for motorcycles.

The business took on the NVT dealership, adding Enfield India in 1980 and MZ in 1983. The Enfield’s had just been imported by Slator Bros and the quality and reliability was very poor. The dealership persevered for a further eleven years but it didn’t get much better. The MZ motorcycles were sold on their competitive price. It was a sturdy and simple bike, but upon Germany’s re-unification, MZ’s financial subsidies were removed. MZ compensated by forcing up their retail prices to the point they outpriced themselves.

The Triumph Co-Operative was set up by the then Labour government following the workers sit-in at the Meriden factory. This lasted until 1983 when the original Triumph business was eventually wound up. With the emergence of the new Norton factory, Carl Rosner Motorcycles took on a Norton franchise. These were exciting times with: the all new rotary Norton’s; the all black John Player sponsored race team were having many successes on the track; the Police were even buying Norton’s again. Unfortunately this came to an end as asset stripping accountants saw the money run out. It was a sad end to what could have been a successful manufacturer with minor development and investment.

The ‘wilderness years’ followed and the business ticked-over servicing and restoring classic Triumph and Norton motorcycles, and providing a worldwide spares service, which still operates to this day. Quite by luck, Carl was offered the ex Boyer Racing production Trident, raced by David Nixon in the seventies. It’s ironic that David and Carl grew up as neighbours, bought their first bikes together and dabbled at racing. David became a successful racer and sadly died in the Isle of Man. Ray Knight, also a successful and versatile racer in his time, took over the mantle and raced the bike for the business over many years, winning many trophies. The business also built a Rob North formula 750 Trident Racer. It enjoyed many wins with Paul Monney and Rob who narrowly missed winning the Classic Racing Motorcycling Club Formula 750 Championship. Danny Imberg won the title for the business a few years later. 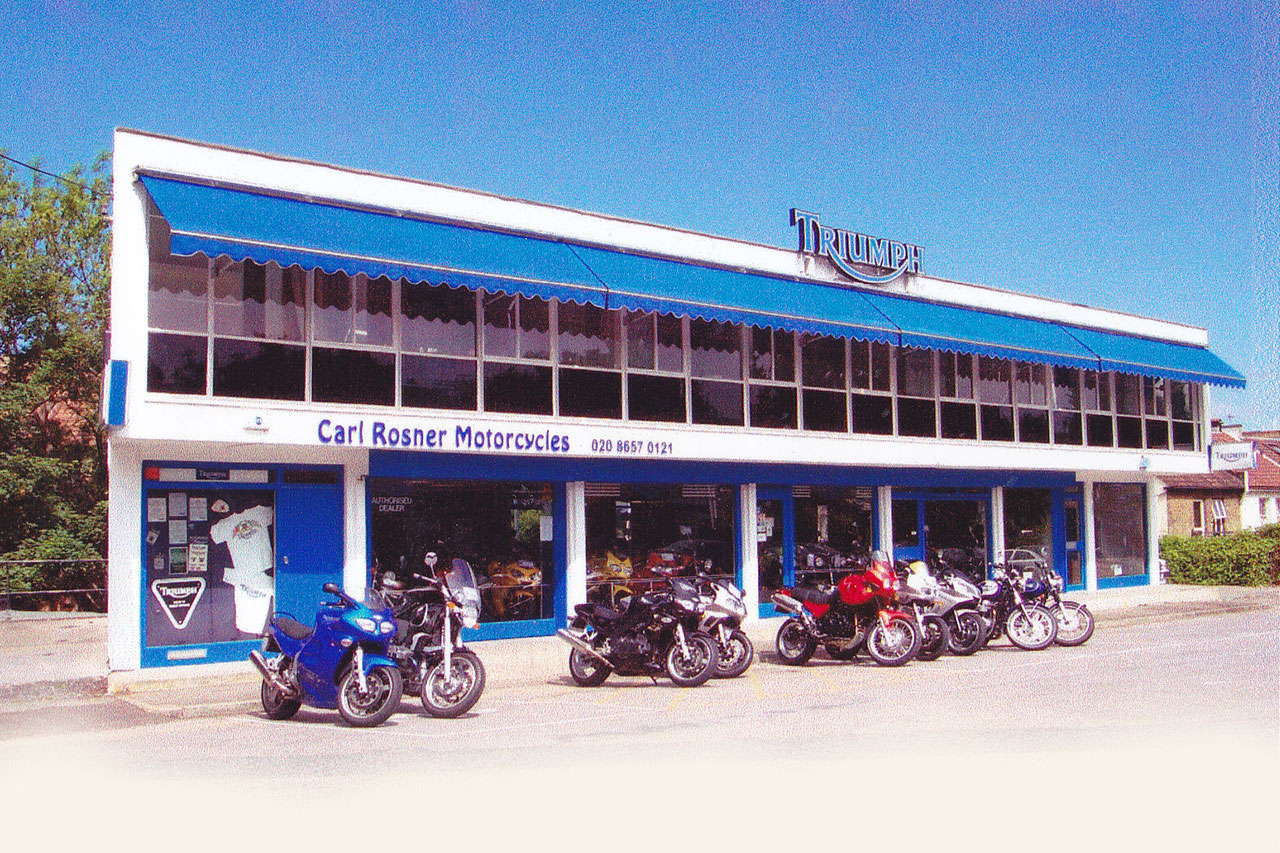 THE REBIRTH OF TRIUMPH

Following the rebirth of Triumph, in 1993, Carl Rosner Motorcycles was appointed as a Triumph dealership becoming one of its Founding Dealers within its UK dealer network. Carl was delighted and it was the start of a new era for the dealership and in the Triumph franchise’s inaugural year, the business was awarded Triumph’s Most Improved Dealer.

In 1995, Triumph launched the Speed Triple Challenge with a huge prize fund and sponsorship from Shell. It was a support race at Grand Prix and World Super Bike rounds and attracted top riders to earn some extra winnings. The race series ran for three years and James Haydon and Mike Rutter raced a Carl Rosner bike on occasions and Gary Nixon, an American past master, rode a re-run of the Trans-Atlantic series. Like all good things it ran its time.

2011 was an important step forward for business with the introduction of the new Speed Triple, the all new Tiger 800 Adventure, the Thunderbird Storm and a top spec Daytona 675 R. Each model providing the foundation for a new and expanding product range that has delivered a growing number of new motorcycle sales and repeat customers.

Triumph has gone from strength to strength boasting a strong model range with quality and reliability standards that are the envy of other manufacturers. Triumph is a private company set up by John Bloor, a man who shuns publicity, he’s now shaped Triumph into a world renowned motorcycle manufacturer.  Triumph manufactures over 50,000 bikes with a UK market share of over 8,000 and subsidiary companies in most countries, employing 1,700 people worldwide.

The brand new showroom showcases the full range of Triumph motorcycles, Accessories, Clothing along with protective clothing and helmets from the leading brands.

Get the latest news and offers straight to your inbox